It's always nice to get feedback from clients and agents after they have used our services, but the Blog has transformed a quick email to say thanks to a complete blow by blow account of what they experienced.
In that category is Jennie's France Frolic 2013 on a recent tour to Provence followed by a Rhone river cruise and some time in Paris. I was asked to put together the Provence part of the trip and Jennie tells all in her blog along with the photos.
It's a fun way to share you holiday with friends and family and also to inspire others. Setting up a blog is easy, even I managed it, so I hope that Jennie's blog (or Blogs as there are more than one!) will inspire other travellers to share their experiences on the internet.

To find Jennie's Blog follow the following links : France Frolic 2013 and also Got My Reservations and The Seasoned Dish

And thanks again Jennie!
Posted by Unknown at 10:21 2 comments:

A few photos of Marseille, the fish market on the Vieux Port, Notre Dame de la Garde, Frioul and the Château d'If, the Palais Longchamp and a few other vaguely arty shots...
All photos are by me and are free to use but please tell me where and when you are using them. I add to all my Flickr sets on a regular basis so come back and check now and again. Soon Aix en Provence, Cannes, Nice +++

The Tulip fields of La Haute Provence - Another Provençal Secret -

When you look at the photos in this post you would be hard pushed to imagine that it was taken yesterday in Provence and yet every year in mid-April around the villages of Pierrerue and La Brillanne this unbelievable festival of colour appears only to vanish a few days later.
The tulips are not grown for their flowers but for their bulbs which I believe divide thus increasing the amount of bulbs after flowering which are then resold. I have to confess I see them every year and yet I still do not know the whole story about how the harvest works... I'll try to find out.
So if you are in Provence and are close to La Brillanne take the road towards Forcalquier and a few hundred yards along on your left this is what you will see... 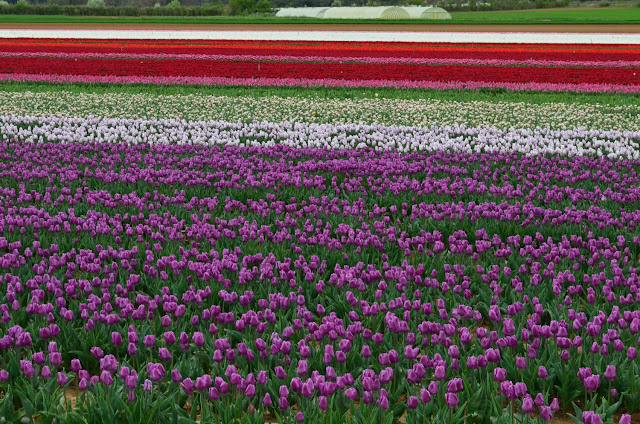 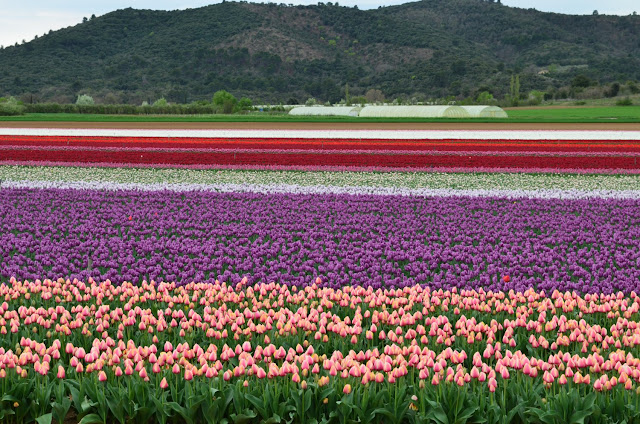 Now the sun has made its comeback after a long cold and wet winter, it is time for me to get back on the road to bring you some of the hidden secrets and some not so secret but so beautiful that they can't be missed when you come to visit Provence.

Dry stone construction is very commonplace across Europe. When man had to build a wall or a hut without cement, he soon figured out the way to master dry stone construction techniques.
In Provence dry stone construction is everywhere. In Gordes you can see the impressive walls as you drive up to the village, there is of course the Village des Bories, the word "Borie" being the name for a dry stone hut, usually round but sometimes square.
In La Haute Provence, especially around the villages of Forcalquier and Mane there are "Bories" (which locally they can Cabanons Pointus) scattered around the woods and hills and are often the surprise encounters of an afternoon walk, but as you approach the higher ground of the Montagne de Lure and its surrounding hills then things become serious!

The construction of dry stone huts was at its high point in the 19th century. Shepherds would build them to keep their stores, tools and even a sick sheep, the huts would keep them dry and warm in the winter and keep them cool and give them protection from the powerful sun in the Summer. The ones around Forcalquier and Mane didn't need to be too big as they were only really used during the day but as you went further from habitations the huts became barns and marvels of dry stone architecture.
On the area around the Montagne de Lure around 130 of these constructions were built. The main construction was either of several Cabanons alongside each other with an arch way between each instead of a solid wall. They were big enough to shelter the flock, alongside was a smaller one for the shepherd, which had a fire place to cook and keep warm. A wall was constructed with one or two entrances to keep the flock in at night and the predators out.

The photos shown are of the Bergerie de la Gardette near the village of Saumane, scene of my familly picnic yesterday. In the summer Mr Vinatier, the owner brings his flock of 600 sheep up to graze and the Bergerie relives its past.

There many other Bergeries in the area, notably on the Contadour. In association with local hotels and hiking guides we have put together a unique programme with a discovery of the buildings followed by a  candlelit supper in side one of the larger ones. This can be followed by a star gazing session with Slim Hamdani the astrophysician. 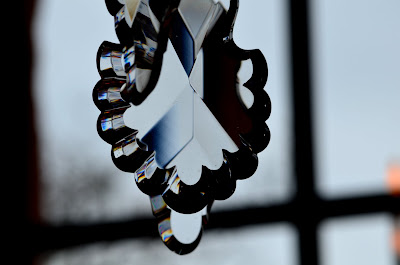 On my peregrinations yesterday I stopped of to visit a place that I had been told about many times. Mathieu Lustrerie, a Chandelier manufacturer on the outskirts of the village of Gargas in the Luberon region of Provence. I hadn't stopped there before because I either didn't have the time or simply I couldn't imagine that  a light fitting factory could be that interesting...BIG mistake! 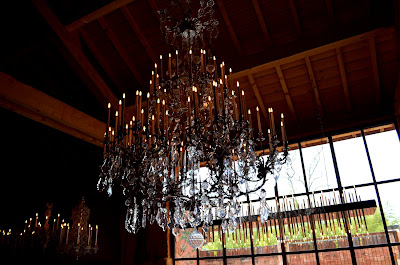 The Lustrerie is set in an old Ochre factory in the Hameau des Sauvans near Gargas. There are three main activities in the factory; the creation of new designs, the restoration, with such illustrious clients as the Château de Versailles and the re-edition of classic designs. The activity is overseen by Régis Mathieu the owner and designer who has brought together his expert artisans to create the exceptional Chandeliers, Lamps, Lanterns and Sconces (wall mounted light fixtures).


Régis Mathieu's passion has also led him to create a unique collection of over 250 chandeliers and other lights dating back to the 15th century which can be viewed in the museum just across from the factory.
You can visit the factory and museum by rendez-vous. For more information take a look at their website here.
I hope to return soon for a full visit which I didn't have time to do this time and I will tell you more about the fascinating world of Régis Mathieu and his Chandelier factory! 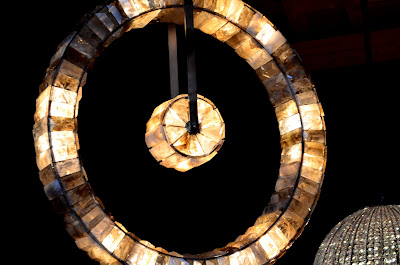 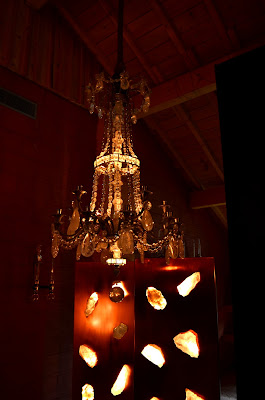 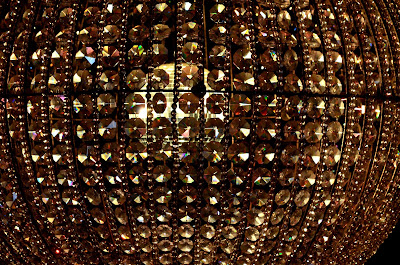