Autumn is one of those times of year when my camera never leaves my side. In the same way spring heralds the year to come with wild flowers, blossoming fruit trees and contrasting skies, autumn is the end, but nature doesn’t just fizzle out to nothing it goes into hibernation with a BANG! Everywhere you look it seems as though the trees are vying with each other, all the hues of red, brown and orange in a spectacular display that bring out the poet it all of us!

The first lines of Ode to Autumn by Keats, that I was forced to learn at school much to my dislike at the time, repeat themselves in mind “Season of mists and mellow fruitfulness!
Close bosom-friend of the maturing sun…”

Thank you Mr. English Teacher (I can’t remember his name, but he was my English teacher at UWC in Singapore)

So yesterday afternoon I decided to go for a drive up to the summit of the Montagne de Lure, which is a 20 minute drive from my house. I wanted to photograph the forests on the way up and then see if I could catch the sunset. As I drove I was worried about arriving too late for the sunset so I skipped the forest bit and went straight to the top. I walked the last bit to the ridge which follows the summit, paused and then said WOW like I do every single time I get up there.
The Montagne de Lure is 1826 meters high, and is part of the same massif as the Mont Ventoux. Like the Ventoux it is mainly just loose shingle on the top, but being slightly lower, Lure has a bit more vegetation. The drive to the summit starts in St Etienne des Orgues and is 18kms. Halfway up you can stop of at the Chapel of Notre Dame de Lure built in 1166, the only person who lives there now is a hermit who my children call Jack Sparrow as he has his beard done in gray dreadlocks! I will add a photo later… The Montagne de Lure was a stage in the 2009 Paris-Nice cycle race and I was at the summit to witness Alberto Contador win with a time of 34 min 20 s and not a bead of sweat! The race will return to the mountain next year and I will be there again to see the arrival.

Once you approach the summit, you will come to a collection of ugly looking buildings, one is the restaurant/bar where you can have a bite to eat in season, though if you are in a hurry take a picnic lunch with you. In the winter this is as far as you can go if the snow has fallen in sufficient quantities and the two ski lifts are operational, don’t expect huge alpine runs here, but for taking the kids on a Sunday afternoon it’s perfect.
If there is no snow, as was the case yesterday, you can carry on to the top. I like to stop once you come out of the last of the trees in an area marked by a commemorative stone. From here you can walk up to the top and if you have small children, hang on to them, and only release them once you reach the ridge before the vertiginous descent of over 1000 meters down in to the Jabron Valley  on the other side.
When you get here this is where you will say WOW, in fact usually people take a step back and use a slightly more colourful expression as you have before you one of the most spectacular views available in Provence.


So back to my Lure experience yesterday. As I walked to the top I spotted something moving to my right. Now I have already seen Chamois down the Jabron side, so I supposed that this is what it was and gently walked up to see. There, not more than 50 meters away was a Chamois, munching on the limited vegetation growing between the lumps of rock, it looked up in my direction (I was flat on my belly madly clicking away with my camera) and carried on its evening meal.
Later it walked to an outcrop, posed for me, and then, two Mirage Jets very low flying back to their base, close enough for me to smell the burnt kerosene vapours, flew over scaring the hell out of my furry companion.


So that was my nature moment buggered up…

But now something else was happening, as I walked along the ridge I saw two cars park near mine. The two couples walked up towards the summit, pulled out blankets and laid down facing the sun, and waited.
By this time the light was that wonderful rich golden orange colour that lasts only a short while and usually I don’t have my camera handy, but this time I did, and I got a few nice shots. 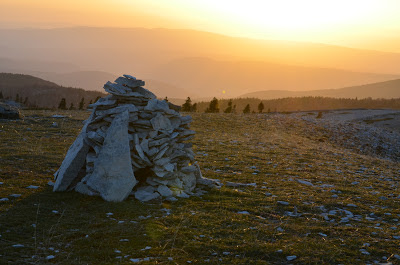 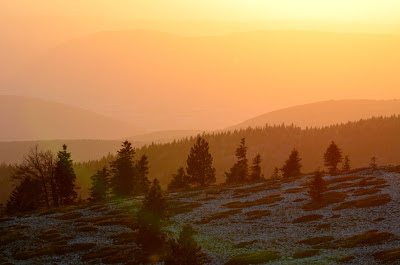 Then I too faced the sun, and witnessed a moment that happens every day and no matter how often I see it its magic will never wear off. It has to be said that the sunset on the top of the Montagne de Lure is particularly stunning and in this case I think the pictures do all the talking themselves… 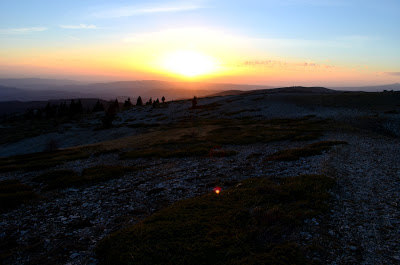 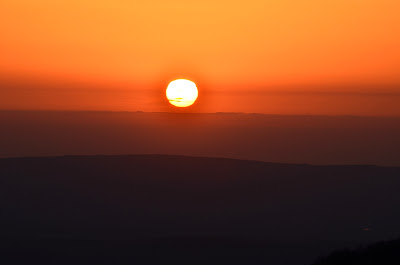 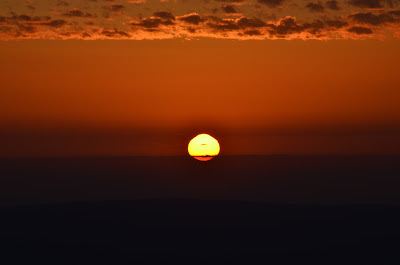 The Montagne de Lure is spectacular in all seasons and a perfect place to escape the heat of summer. If you would like to know more or would like to include it in a bespoke itinerary of Provence, contact me using the link on the right.
Posted by Unknown at 15:57